I'm pinching myself as I sit in Professor Tony Attwood's glass consulting room, looking out over a tropical garden of palms and guava trees down towards a creek surrounded by lush greenery. As he talks, a two foot long, scaly green and yellow lizard hops onto a rock outside his window, tail thrashing. It's all I can do not to squeak.

Australian wildlife is big, bold and has a prehistoric look and scale. It's going to take a while to get used to it as I'm lucky enough to be in Queensland for the whole of September working with and observing one of the world's leading experts in autism and Asperger's syndrome.

Having worked for the last 40 years with young people and families, Tony and his colleagues are now developing ways of working with adults and couples where one or both are affected by Asperger's. As a couples and family counsellor myself, I'm hoping to bring my learning back to England and develop my own practice with such couples.

Although Asperger's Syndrome was only defined about 50 years ago, more and more couples are coming forward citing problems to do with different ways of thinking and communicating. Modern couples expect, and demand, emotional literacy in their relationships and this puts those with AS at a disadvantage as their strengths lie in logical processing rather than emotional processing.

I'm particularly interested in visual and creative ways of bridging the gap between such couples. People with AS tend to be visual thinkers who respond very well to drawings and comics. They can often draw emotions that they are unable to talk about, and there is a lot of relief in "getting it out."  I watched Tony working with a female client who drew and wrote about her sadness and depression when people are unkind to her, which was very moving.

At lunchtime, I thought about stepping out of the garden and wandering down to the creek. You cannot see the deadly spiders in the crackly leaf litter. Neither can you see those deadly Aussie snakes dozing in the long grass.  I hesitated at the back gate but then decided to Be Brave.  As I was wandering down towards the water, a workman called: "Watch out for the croc, my girl!"  And then he cackled with laughter at my face. They certainly know how to wind up this soft Pom. 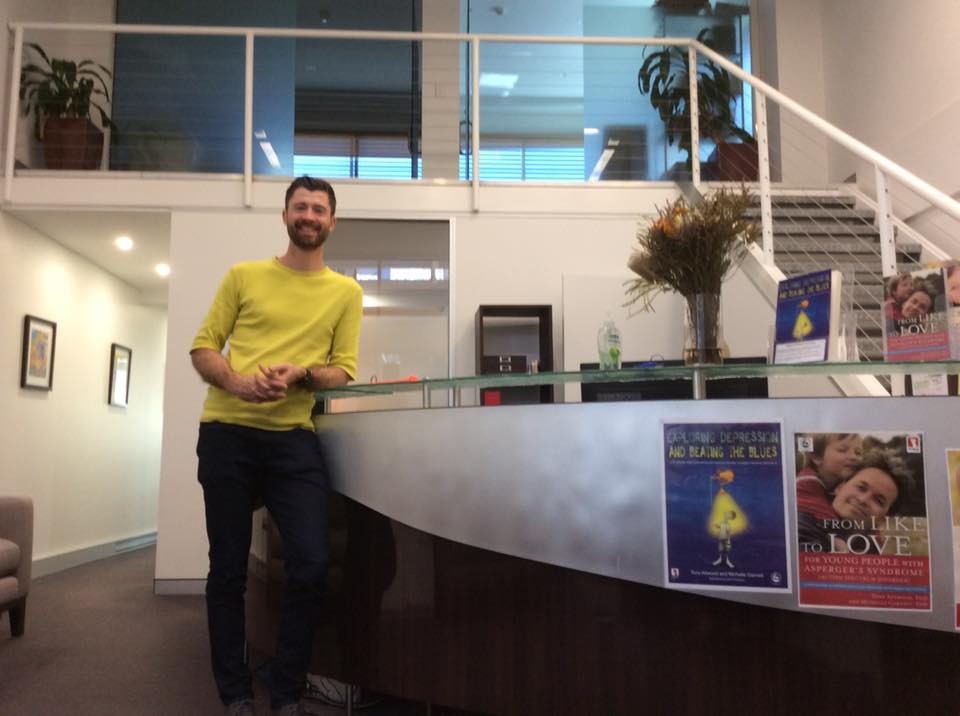 Barbara will be blogging about her Aussie adventures as they continue...

A New Magazine for Lapidus International

The Importance of Nature Time

Back to my Roots - Poetry Inspired by Trees

No comments made yet. Be the first to submit a comment

By accepting you will be accessing a service provided by a third-party external to https://www.lapidus.org.uk/